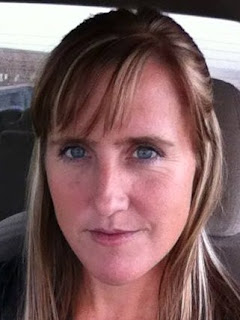 God loves me - this I know. At least that's what I repeatedly tried to tell myself through the years. If I could just talk myself into truly believing that God could love me simply for ME, then maybe I could quit trying so hard. I based everything in my life on how well I could perform.

Shortly after I was born my mom was hospitalized for an extended period of time. Through no real fault of her own we never really formed a heart connection. My older sister basically raised me as my mom had the son she'd been praying for after 4 girls just ten months after having me.

I was a wild, carefree child who went anywhere my veterinarian dad would take me. I was never one to stay inside and if the boys could do something I was going to show them that I could do it even better! I competed for everything from the moment I can remember.

I was taught about God from an early age. To be honest though I just wanted to be saved from hell. This whole relationship thing was for the birds. Just give me some "fire" insurance and we'll call it good.

My parents divorced by the time I was six and the judge awarded full custody of us kids to my mom. This daddy's girl fell to pieces! I was moved to a city near my grandma and a world utterly foreign to me.

I longed to be back with my dad and run free again. God created me exactly for that! As an adult now I can look back and understand. At six I felt completely abandoned by the one I thought I could trust.

In high school I was rebelling against everyone and everything that tried to put rules on me. I ended up moving in with my sister and her husband. It wasn’t long before the abuse started.

Sitting in a hot pickup talking for a few extra minutes to a friend, I let my brother-in-law's candy bar melt. As I walked back into the house to apologize for bringing him a half melted piece of chocolate I was more than a little startled by this 300 lb. man punching me in the face.

Looking back, I’m still amazed at how quickly he convinced me I deserved it and got sucked into several years of physical abuse. I tried to run away. I took off on my horse and went through the back pastures but after two days he found me and I got the beating of my life as well as locked in a basement bathroom for several days. The physical scars from that healed much quicker than the emotional ones.

There was a lot of alcohol abuse in that situation and it didn’t take long for me to join in. God was gently nudging at my heart even then but I was convinced that the only one who could or would look out for me was ME. I knew He was supposed to love me but to be honest it didn’t really feel like it right then.

The final blow was during another one of my drinking binges. I was partying with a lot of people I didn’t even really know and was so drunk I could barely walk. A guy I didn’t know offered to give me a ride back to my car and I accepted. I was sexually assaulted. I tried so hard to fight back and had always been the “tough” girl that would kick anyone’s butt for looking at me the wrong way. There I was not able to defend myself at all.

The shame I felt was almost unbearable. I never reported it and that caused further shame later on. I had friends tell me I deserved it since I got in the vehicle with him. I felt God had truly abandoned me this time.

I decided the best thing to do was just put it away as deep down in me as possible and try to forget. I was convinced I had put all of the past behind me when I got married and had a family. 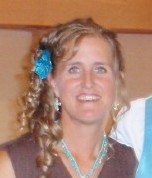 Wounds have a way of not healing well if we never bring them into the light though. God tried so many times over the years to reach into those dark places but I just kept it all walled off. I thought I would be a better Christian if He didn’t see those dirty pieces of me.


God kept working on me throughout the years and even though I truly had a relationship with Him, I just didn’t want to deal with the past. The Holy Spirit is powerful though! When the final breakthrough came it felt like a whirlwind of healing. Something that just happened overnight. But, it wasn’t overnight. God had been working on my heart for many years. His timing is flawless!

I’m so grateful that God is patient and faithful. Even as I blamed Him for everything and turned my back on Him repeatedly His love never quit. Now I can truly say, “God loves me – this I KNOW!”

Give thanks to the Lord, for He is good!
His faithful love endures forever.
Psalm 136:1 (NLT)


Author Bio: Laura married her husband Mike right out of high school and they have enjoyed 22 years of marriage. Together they raise cattle and sheep on their South Dakota ranch. Laura is blessed to be the mother of two wonderful sons, Dustin-20 and Brady-18. Laura is actively involved in her church and youth ministry. Laura also trains Border Collies to work cattle and sheep.


(This post was written by Laura Hicks as a part of the Our Heart's Song Blog Series this month. I encourage you to read her story and check out her website. This is one of the many incredible women that I had the privilege to meet at the SheSpeaks Conference I attended in July.)
Posted by Michelle at 7:16 AM