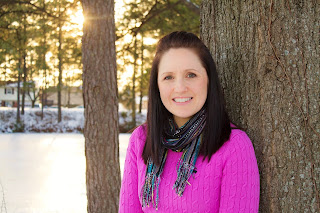 Sometimes "Anywhere" is an unexpected place!

I'll do ANYTHING Lord ... just say the word
... Ok, will you go back to DC and back to working in an office Monday - Friday?
I'm not sure you heard me right Lord ... I said I'll do ANYTHING!
... Go and work in an office!
Ok Lord, but in what country? I mean am I going to Uganda, Liberia, to the impoverished, to the unreached nations ... where are you sending me because I am willing to go ANYWHERE!
... Back to DC ... you're ready!
Sometimes "Anywhere" is an unexpected place!
I think there can be such a danger in thinking that we have to do something huge!
We can get trapped into believing that in order to be working for the Lord we have to be in a Third World country or we need to sell everything that we own to give to the poor or we have to be working for a ministry or in a church ... the list goes on. 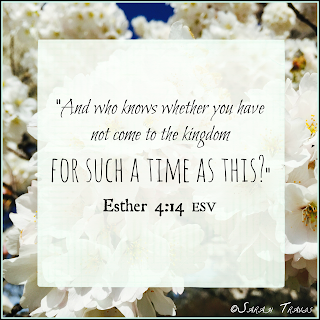 This time last year, one of the verses God gave me was Esther 4:14: "And who knows whether you have not come to the kingdom for such a time as this?”
I had these grand illusions that he was preparing me for something big! Something involving huge dramatic statements. The kind of statements that receive the: "Oh my goodness, you're really going to do that" kind of response. You know what I mean ... and you might even have been there.
Jason and I wrote an "Anything" prayer resulting from reading Jennie Allen's book "Anything" in March 2014. At the time we were in Scotland staying with my family for a period of sabbatical to seek and prepare us for what the Lord was going to call us to do, after following the His call to leave our jobs in Washington, D.C.  ... little did we know that we would move back to DC at the end of the year!
There is so much to the story of the faith walk that the Lord took us on in 2014 ... so much!
Yesterday one of Jason's coworkers, who he has come alongside, said to him: "You don't need to be in a pulpit to be in ministry!"
We can all be in full-time ministry ... we should all have the mindset that we are in full-time ministry.
"It is not that we are competent in ourselves to consider anything as coming from ourselves, but our competence is from God. He has made us competent to be ministers of a new covenant, not of the letter, but of the Spirit. For the letter kills, but the Spirit produces life." 2 Corinthians 3:5-6 HCSB
"As every man hath received the gift, even so minister the same one to another, as good stewards of the manifold grace of God." 1 Peter 4:10 KJV
My ministry is all around me.
My ministry is the people who God has taken me too.
"You are the light of the world. A city located on a hill cannot be hidden. People do not light a lamp and put it under a basket but on a lampstand, and it gives light to all in the house. In the same way, let your light shine before people, so that they can see your good deeds and give honor to your Father in heaven." Matthew 5:14-16 NET
You know, we all think we have to do this huge big dramatic, jump of the cliff type work for the Lord; but like Lysa TerKeurst says in What Happens when Women Walk in Faith:
"Perspective is key...Don't wait for the perfect day to start honoring God...Keep being obedient, keep looking for the next open door of opportunity...God has a ministry assignment for you, and He wants you to join Him...Commit to leave your agenda behind, take God's hand, and hold on tight...the journey has just begun."
God took Esther it into an unlikely ministry. God took Esther into a secular environment to do a God-sized task that only she could do.
For a whole year Esther was being pampered and prepared to be chosen as Queen (Esther 2:12) and even after entering the palace as Queen, she was still undercover, hiding her true Jewish identity (Esther 2:20). She was living a life she knew she was called to: but she didn't know why. She took the next step in obedience and continued to walk down the path set before her.
For six years Esther continued to live as Queen, submitting in the place she had found herself. She had no idea of what God was preparing her for ... no idea of what mission lay before her. When the time was right, she was in the place God needed her and was able to speak up for His people. She would eventually become Esther who won the favor of King Ahasuerus and saved the Jewish nation (Esther 8).
The anything that God asked us to do is what He actually asked us to walk away from in order to prepare us to go back!
God sidelined us in 2014 in order to do a preparation in our hearts and minds He could only do while we were off the field. He was preparing us for what we thought was an unlikely place of ministry. He was preparing us to go back to office environments and right now that is our anything and our anywhere!
Now it is time … time to get back on the office ministry field to take that small step of obedience every day and to continue to walk in faith. My writing continues and so do my prayers for the Lord to continue to speak through me and give me opportunities to speak His Truth. 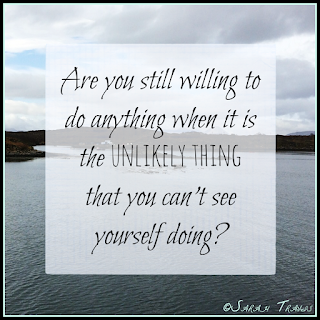 What is your anything? Where is your anywhere? What if the anything you say you were willing to do is the unlikely thing that you can't see yourself doing? Will you be brave and go?
Author Bio
Sarah Travis is from Scotland, but lives in the DC area with her husband Jason. She is a writer, speaker, and inspirational Bible teacher passionate about helping women believe their acceptance and belonging in Christ, not in the world. “The heart of man plans his way, but the LORD establishes his steps.” Proverbs 16:9 ESV


(This post was written by Sarah Travis as a part of the Our Heart's Song Blog Series this month. I encourage you to read her story and check out her website. This is one of the many incredible women that I had the privilege to meet at the SheSpeaks Conference I attended in July.)
Posted by Michelle at 7:00 AM