I am taking a break this week from my "Heart Overhaul: Renovating From the Inside Out" series to bring you a guest blog from Rebecca Dotson, one of the incredible ladies I met at the SheSpeaks Conference I attended last July. I hope you will check out her blog and be inspired by her story. 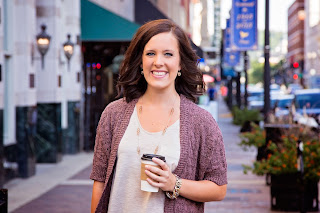 My life drastically changed on September 18, 2014. I woke up that Thursday morning, what felt like a normal “almost Friday” to me, having no idea my mother, Robin Dotson, would walk into a doctor’s office to be sat down and told she was diagnosed with breast cancer. Two days later, mom and dad visited me in Knoxville, TN, to break the news in person. All I remember of this conversation was sitting down on the couch and dad saying, “Rebecca we need to talk. Your mom was diagnosed with breast cancer.” Many details and statistics followed but those 7 words are all I remember, even now. Several weeks passed and Robin underwent surgery that was successful in making her a Breast Cancer Survivor. Following surgery, she began chemotherapy.

The day of her first treatment, I forwarded mom a devotional by She Reads Truth, LLC (an online daily devotional based out of Nashville, TN). The current series they were sharing was about giving thanks – and that specific day was titled Giving Thanks in Suffering. A couple hours later mom called me and said, “Bec – I’ve found my verse! Friends have sent me cards, called me and emailed me with verses that have been a wonderful encouragement but I haven’t felt like God had given me my verse for my journey yet. And it is Romans 8:18; it was at the top of She Reads Truth today.”


“For I consider that the sufferings of this present time are not worth comparing with the glory that is to be revealed in us.” (Romans 8:18, ESV)


This verse is something the whole family started clinging onto as the nausea, fatigue and other side effects of chemotherapy began to settle in. What we didn’t know at the time was how it would eventually become the cornerstone Scripture for a ministry God was calling me to launch. About a week later I woke up in the middle of the night and realized something that still gives me chill bumps. God was so gracious and faithful to give mom the verse Romans 8:18 at the top of a devotional about suffering on her first day of chemotherapy. In addition to that, September 18th was also the day she was diagnosed with breast cancer. The number eighteen now has a significant meaning to our family.


When mom came home from her first treatment and talked it over with me that evening she told me about an elderly woman that was at the treatment center taking chemotherapy. She was alone the entire time and she was there when mom arrived and she was there when she left. For several days following this conversation, I could not get this elderly lady out of my head or my heart.


What is her story? Does she know the Lord as her Savior? Does she have a support system surrounding her?


And if there was one elderly lady in mom’s treatment center who did not have a support system and may not know Jesus as his/her Lord and Savior, how many others are there in our world today?


A week or two later, I began crocheting hats to prepare mom for when she might experience hair loss as she continued chemotherapy. This is when the Lord began to give me a vision for what would become 818 Ministries. The hats did not take long to make and were very simple.


Apart from hats, another avenue for encouragement for mom was handwritten letters friends and family would send her in the mail.


All along, I could not stop thinking about the elderly lady alone in the treatment center. Does she have a support system sending her 8 or 9 cards a day and a daughter to crochet her hats to keep her head warm?


Maybe, but maybe not.


After much prayer and consideration, I got to work. I began designing a website and social media handlers. I gathered advice from friends and family. After three months of planning and preparation, I made the decision to launch 818 Ministries as a two-fold women’s ministry. One, to make hats (and teach others how) and pair them with handwritten letters to give to patients in need of encouragement who were facing serious illnesses. And, two, begin a devotional blog alongside women I do ministry with. I prayed for weeks about who would rise up as contributors and write devotionals on a monthly topic chosen by me and my Creative Director (otherwise known as my college roommate). I wanted to have an impact on not only the patients touched by a handmade 818 item but I also want to encourage the growing community of people who get involved and give to 818 Ministries. 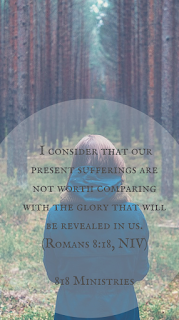 “…if it shall come to pass that for Christ’s sake and the gospel’s you shall endure suffering in any shape, shrink not, but rejoice in the honour thus conferred upon you, that you are counted worthy to suffer with your Lord; and joy also in this – that your sufferings, your losses, and persecutions shall make you a platform, from which the more vigorously and with greater power you shall witness for Christ Jesus.”

Author Bio:
She is an upper east TN native and resides in Knoxville, TN - the home of the Tennessee Volunteers. She believes in full belly laughs. Hope in the midst of a storm. The power of prayer and the grace and unconditional love of her everlasting, all-knowing, ever-present Savior. And that maybe long distance running is the cure-all for everything. Her mother's breast cancer diagnosis on September 18, 2014, sparked a longing and a conviction in her heart to make a bold difference for the Kingdom. She is passionate about women's ministry and feels strongly that God prepared her for her "such a time as this" to share her family's story to encourage others in their walk with the Lord. Her three biggest priorities in life are faith, family and fitness - in this order. And her life mission statement and hope is to leave others better than when she found them.