Book Review: "The Prince and the Prodigal" by Jill Eileen Smith 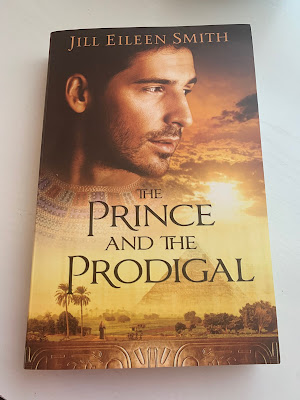 A book that makes you hungry to open scripture has always become my favorite. I love to read biblical fiction, and Jill Eileen Smith is one of my favorite authors that really gets the job done. To bring to life not just the story of Joseph, but his father Jacob's as well and explores brother Judah's also, is quite the feat. Smith does an incredible job explaining some very difficult-to-read Bible stories and really breathes life into each person's story that grabs your attention.
The story of Judah and Tamar and the incestual affair they had, the level of Joseph's brother's betrayal and how they came to their conclusions, and exploring Jacob's favoritism between his sons are complex and dysfunctional family issues brought to light in this riveting book. How Joseph kept his cool being unfairly mistreated his whole life is an example of a man after God's Heart and an early representation of Jesus being led like a lamb to the slaughter later in the New Testament- unfairly convicted and quiet to protest.
Smith's book just came out last month and is one I highly recommend adding to your Spring porch reading list!
From the back cover:
"Two brothers. One betrayal.
The patriarch Jacob has made it no secret that young Joseph is his favorite son. Growing up as the pampered heir to his father's legacy, Joseph thrives under the praise of his father but struggles with the disdain of his older brothers, especially Judah. When a chance comes along to rid themselves of Joseph, his brothers sell him to slave traders and deceive their father about his fate.Joseph, now serving the captain of Pharaoh's palace guard, is imprisoned after being falsely accused of rape. Back home, Judah leaves his father and builds a new life in Canaan, attempting to flee the memory of his complicity in the betrayal of his younger brother.Decades later, the brothers will come face-to-face, and this time Joseph has the upper hand. Will forgiveness or vengeance win the day?"

I received this book for free from Revell Reads in exchange for my honest review.